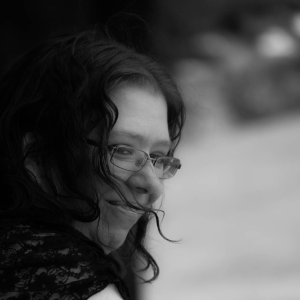 So, I try not to get too personal here on the blog or even on Social Media, but this prompt came up and it hits home with me…

Let’s Get Personal! What would you say is the biggest emotional / mental challenge is being an indie author? Talk about it! Share it with your readers!

Mine? Stress. There, I said it. When I’m stressed I shut down. My brain doesn’t form creative thoughts or anything. It goes into survival mode. Recently there have been some personal things causing extra stress and that’s affected my writing. I’ve been trying to push through. Because, let’s face it, if I want this to be my job I have to treat it like one. If I missed a bunch of days at a 9-5 day job I’d be out on my rear… fast.

But, I also know that us creatives are wired differently. The environment we thrive in is important to us. And when the balance is off, we’re off. Big time. At least, I know I am. I’ve had stress in previous jobs and it almost caused me to have a full-on mental breakdown. Thankfully, I recognized it and I left that job ASAP. Even though I had NO IDEA what I was going to do for a job at the time, it was more important to get away from that toxic situation.

I don’t talk about what’s going on here personally too much because I don’t want to have a pity party and I sure don’t want people to feel sorry for me. I don’t like to complain. But, I also feel like readers/fans like seeing the real-life behind the scenes ish we deal with. It makes us relatable. Partly, it’s some minor-ish health problems I deal with that pop up when I’m least expecting them. I deal with acute inflammation in my joints. It comes and goes and sometimes I can pinpoint what’s causing the particular flare-up, while other times I can’t. When I can’t, the only thing I can do is treat the symptoms and take it easy until it gets better. Problem is, it affects my mobility and my sleep. When I’m sleep deprived I get more stressed. See… it all comes back to stress.

The best thing we can do is figure out how to 1) reduce stress OR 2) the best way to deal with stress. Since running away to a desert island isn’t an option to reduce (avoid) stress, we have to figure out ways to deal with it. That will, naturally, reduce the effects of stress, but we still have to deal with the stressful situation, only we’re better equipped to do so.

There are other things that have me stressed out too. My son is getting ready to start Pre-K this fall and while I’m thrilled about it, taking him for his physical, getting the paperwork filled out and turned in, and figuring out vehicle logistics is stressful. See, we only have one vehicle. And right now, my mother and I share use of it. My son’s Pre-K will be M/W/F 9-12 and if my mother has to work, I’ll have to take her, so I have the van to get my son to and from Pre-K, then I’ll have to go pick her up later. Granted, I don’t mind in the least, but making sure we get everything going smoothly stress me out some. There is, however, a light at the end of the tunnel… sort of.

At the end of October my mother is planning to retire. That will certainly make getting my son to and from Pre-K A LOT simpler, but that also introduces another thing to consider. Schedules. She’ll be home all day, every day when she retires. She wants to clean up the house and do so many other things around here. And while I’m all for it, I feel like she’s going to expect me to set aside the things I do during the day (writing, promo, marketing, etc.) to help her and just squeeze everything I need to do in at other times. It’s come up a few times already and we’ve said we’ll have to sit down and talk about a routine that works for both of us. However,… as much as I LOVE my mother, she can be a little “my way or the highway” sometimes. That causes turmoil for us. I don’t like to argue with my mother, but we really do butt heads sometimes.

Now, I do realize that I get A LOT from my mother since she’s letting me and my son live here for free until I’m able to contribute, whether that’s by finding a job outside of the home or getting my writing career off the ground. Frankly, I’m praying for the latter, but if I need to get a part-time job in the meantime, I will. However, I also feel like I deserve some consideration too so I can get my things done. I’ve had some people tell me I should be bending over backwards and doing anything my mother says because of the situation we’re in. While I’m totally willing to help around the house (I cook, grocery shop, and do some chores), I don’t feel like I should act as the maid and do it all while never having time to pursue my dreams. It’s a delicate balance that we’ll have to find.

So yeah, that’s what’s stressing me out and draining my creativity lately. Like I said, I don’t want to sound like I’m complaining and I’m not looking for sympathy, but I wanted to open up and share that with you.

Stay up-to-date by signing up for my newsletter!